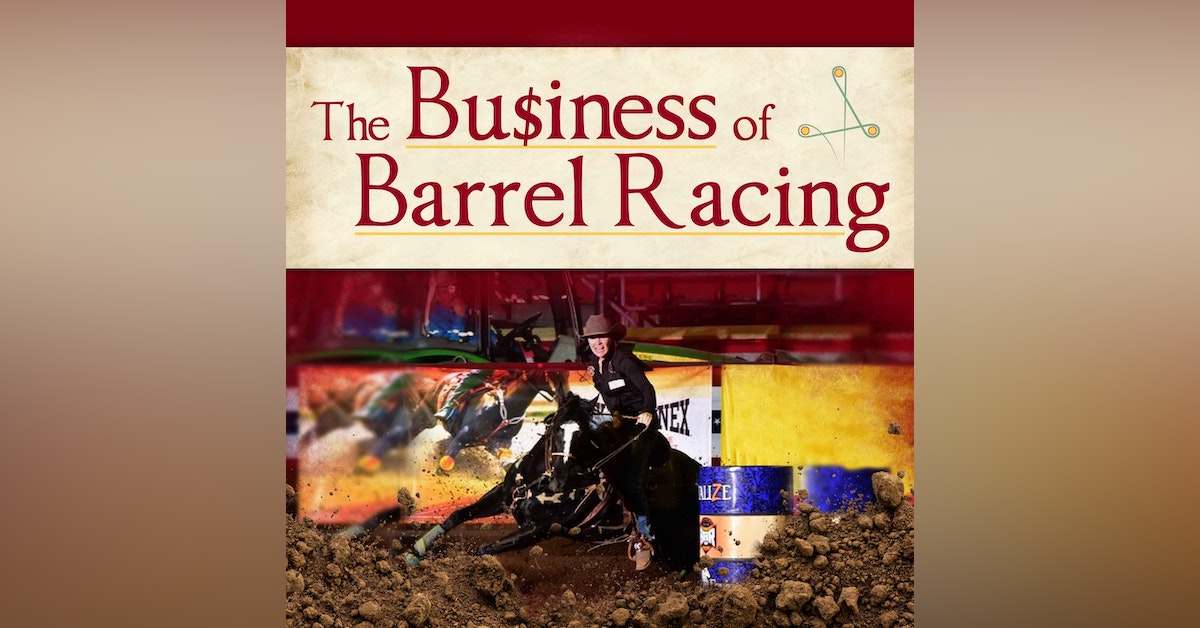 We have an awesome interview with Alan Woodbury of Woodbury’s Performance Horses. He is the breeder and owner of the great Rosa’s Cantina currently being ridden by Lisa Lockhart. Lisa just qualified for her 15th NFR and Rosa was a big part of that effort. Woody also had two mares that went to the NFR in 2012, Dash Ta Vanila and Telle Em Belle. These two mares formed the foundation of Woody’s breeding program.

We also touch on the feeding of prospects and Woody’s opinion on some of his picks of sires in the industry. We hear what drives him nuts and the one contribution he still wants to make to the industry.

While Woody has retired from the feed business, I also wanted to include a link to the company that he started and ran for decades. Woody's Feed and Grain is a staple in the equine industry and has been the cornerstone of many of the great programs for years.

Welcome to the business of barrel racing podcast, I’m your host, Shannon Kulseth, and I’m really excited and thrilled that you’ve made it to our first show! The goal of this project is to really dive below the surface of the barrel racing industry and explore the opportunities that are becoming increasingly available. The podcast as a whole is going to run the gamut from breeding and prospect selection; training and campaigning barrel horses; to the nitty gritty of horse health and soundness.

We have an awesome interview with Alan Woodbury of Woodbury’s Performance Horses. He is the breeder and owner of the great Rosa’s Cantina currently being ridden by Lisa Lockhart. Lisa just qualified for her 15th NFR and Rosa was a big part of that effort. Woody also had two mares that went to the NFR in 2012, Dash Ta Vanila and Telle Em Belle. These two mares formed the foundation of Woody’s breeding program.

I look for young prospects and send them to a trainer who brings them along through the futurity system.

The business model there is to

This is an expensive venture that involves multiple years of commitment and investment before I know what I really have, and that all translates to increased risk. So increasing the odds of success for me starts with the quality of my initial investment.

I first met Woody when I was in high school rodeo in North Dakota and then later when I college rodeoed there…he was the owner of Woody’s Feed and Grain in Dickinson and is an incredibly committed sponsor and supporter of rodeo at all levels. If you have ever heard of or used Summer Heat, Woody’s Sales Prep, Woody’s Sweet 12, or Exacta Oats, this is the man behind those awesome products.

I went into this interview wanting to focus on how to evaluate pedigrees when making prospect selections.

I wanted to visit with Woody first because the percentage of excellent horses that comes out of his program is off the charts. He only has a few mares, but in less than a decade he has produced winners at all levels, as well as several up and coming stallions that are being promoted by other industry leaders. Woody is known in his circle for putting great emphasis on depth of pedigree. He has a deep and influential network of associates in both the quarter horse and thoroughbred racing industries and he has spent decades perfecting his breeding strategies. He is such a wealth of knowledge and a lifelong student.

I was also struck by the consistency and depth of quality of the weanlings that we walked through before the interview. I am so used to going to a typical production sale, and out of dozens of babies finding maybe one, two, or three that were correct and good-bodied. At Woody’s, every single baby was outstanding.

We also touch on the feeding of prospects and Woody’s opinion on some of his picks of sires in the industry. We hear what drives him nuts and the one contribution he still wants to make to the industry.

With that, I’d like to introduce Alan “Woody” Woodbury of Woodbury Performance Horses.

Something I thought was a really important point is when Woody said he begged Bill Myers to come up and look at Lucky Wonder Horse. Woody knew what he had in the colt, but he also knows what part of the industry he wants to be involved in, and the standing and promotion of a stallion isn’t part of it. He really knows how to intentionally place his athletes so that they can have the most success which in turn reflects well on his own breeding program. The biggest key here is intentionality and having a plan for each piece of the puzzle.

He also really hammered home the point of how critical it is to have that depth of pedigree on the mare’s side. Even before we started the interview, while we were walking through the horses, and after we ended the interview, he was adamant that the secret sauce starts with that one great mare.

I’ve always appreciated the importance of the mare’s side, but until I looked at the photos in his home and office, comparing mothers to daughters and sisters, I don’t think I fully appreciated the potency of a stacked mare’s pedigree. I’ve seen stallions stamp their babies, but until I saw the Tell Em Belle horses, I hadn’t noticed a mare stamp her foals.

I am definitely going to take this information home and start sorting through my horses to get more clarity on my goals and plans for each horse for the future.

I have links to Woodbury Performance Horses, and of course, Woody’s Feed and Grain in the show notes, as well as links to some sale horses and prospects that will leave you drooling and dreaming.

Next week I’m continuing down the breeding and prospecting path with Bill and Deb Myers of Myers Performance Horses in St Onge, SD. We had a great discussion as they were getting ready to pack up and head south to the Pink Buckle where they had several super nice prospects consigned.

If you enjoyed this episode please subscribe or follow in your podcast app of choice and don’t forget to hit us up on Facebook or thebusinessofbarrelracing.com with any feedback, comments, or suggestions.

Until next time, drive safe, ride fast, and keep in touch.

Email has been submitted.